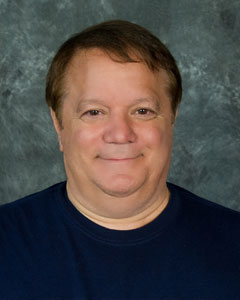 Bob has been with X-CEL Athletics Cheer and Tumbling Academy since they opened their doors in April 2011. He has a vast knowledge of gymnastics and tumbling. He has worked on a competitive level teaching children of all ages the basics thru the advanced level skills. Bob started in gymnastics and wrestling at the Cleveland YMCA and later became a coach for many years of All Star and All American teams for YMCA and AAU. He has put together programs in several area city recreation centers preparing those athletes to compete at the High School and the College levels.  He has been teaching, coaching and officiating sports for the last 25 years. Coach Bob reconnected with teaching tumbling at X-CEL Athletics because his daughter Nycole was a member of the completive Cheerleading teams.

Bob still referee’s for High school, College and International style of wrestling and is the state Mat Officials Director for USA Ohio Wrestling. He is employed full time as a property manager for REIT Management & Research, Inc located in Solon Ohio.